skip to main | skip to sidebar

The Hitchhiker’s Guide to the Liturgy


A guide to spotting a modern parish Liturgy Director

Many people have written to us asking how they can know when their parish has been invaded by a modern Liturgy Director and what can be done to deal with such an infestation.

This is a very important question, as the modern liturgy director has become a great concern to many parishes.

What is also of great concern is that once a modern liturgy director has become well established in a parish their presence will usually lead to the infestation of lesser species, such as liturgical dancers, in a parish.

The presence of a modern liturgy director also usually leads to the degradation of the music that is used in parish Masses.

So, as a public service; we offer the following guide to spotting and dealing with a modern parish liturgy director…

Age:
Varies, but usually between 40 and 55 years of age

Gender:
Usually female, but not always

Traits:
They always prefer a keyboard over an organ, and they will never ever be seen near a pipe organ (it is unknown if the modern liturgy director has a natural and instinctive aversion to pipe organs)

Usually wears a full length coat, no matter what season it is. Some speculate that the coat may actually be a subconscious reflection of the modern liturgy director’s desire to be the one in the parish who gets to wear the priestly vestments. 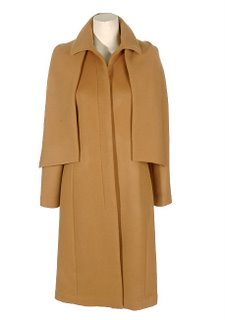 Usually wears a large scarf, once again; the wearing of the scarf has nothing to do with the weather outside.

Researchers believe that the scarf is a sign of liturgical hierarchy and is designed to compete with the priestly Stoll. Several scientists have observed that creatures that are subservient to the modern liturgy director, such as cantors and liturgical dancers usually never wear scarves. 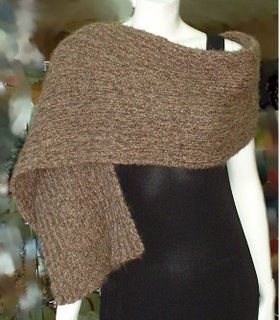 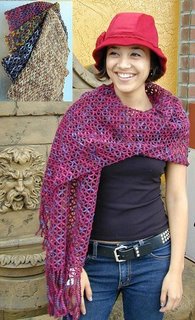 Modern liturgy directors also have extremely large bags that they carry everywhere with them. These bags are usually stuffed beyond capacity with music books and guides to making rainbow banners, etc. 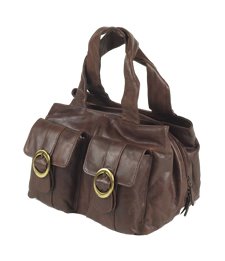 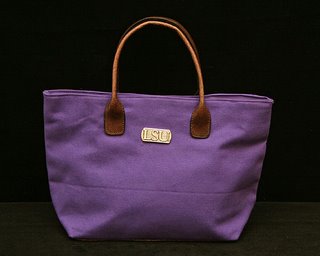 Another sure sign that you are dealing with a modern liturgy director is the key ring they carry. 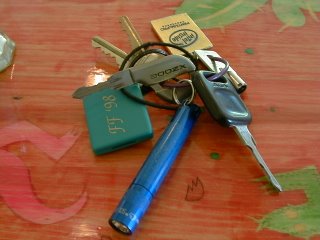 Modern liturgy directors are a creature of habit and control; and these keys enable them to keep tabs on all aspects of the parish life, even those that have nothing to do with the liturgy. They will often appear unannounced during parish meetings, etc and many have even worked their way onto parish councils by simply being first to arrive and open up the parish meeting room every month, until it gets to the point that everyone on the council just presumes that they are actually meant to be there. 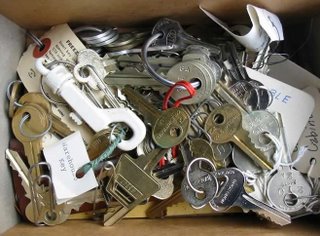 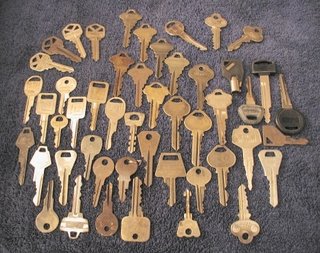 They also use their keys to lock away the music, etc for sacred hymn books so that when someone suggests that a hymn like Hail Redeemer King Divine is used at a coming Mass the modern liturgy director is able to respond by saying; “that would be great, but the music and hymn books with that song in them are locked away somewhere, and no one knows where they are”.

How to remove a modern liturgy director from your parish…

This is an area of research that is still in its infancy, and unfortunately we can only offer limited advice in regards to the best methods for removing modern liturgy directors from your parish.

We know that some parishes have also had great success in removing modern liturgy directors after the appointment of a new (usually Generation X) parish priest.

Prayer and Eucharistic Adoration seems to be the most effective method of removing a modern liturgy director and the associated infestations – but this process requires devotion and commitment from all involved (usually takes a while).

We hope this guide has been helpful to you.

Greetings from Germany trying to inculturate your check up!

I have found the perfect book to strike terror in the hearts of all the wacko moonbat liturgists out there. It is the latest by Cardinal Arinze, "Celebrating the Holy Eucharist". I came accross it recently on Ignatius Press' website & ordered it at my local "Orthodox Catholic" Book Store in DBQ (As opposed to the New Age anything but Catholic 1 we also have here.). I got it Fri. I have only read a bit, but have skimmed the whole volume. (Plan on reviewing it on my blog when I finish it.)

Hopefully, that book will be like a crucifx to a vampire or wolfbane to a werewolf & can be used by the faithful to drive away any Litugus Disruptis out there. (A person can dream can't he?)

Some additional thoughts are here:

You'll be happy to know--I counted the keys on my keyring.

There are more for the gun-locks and gun-safe than there are for cars.

And I am a Competent Church Musician!!

Fantastic! The scarf/shawl is so true!! Haha

BlueHost is definitely one of the best web-hosting company with plans for all of your hosting requirements. 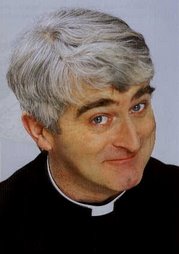 "Was that meant to be a joke Father Dougal?" - Father Ted